I believe I can fly – Skydiving is AWESOME!

You think you can´t fly? Sure you can!

Do you have a dream? Something that you’ve always wanted to do or be since long ago? I bet you do. Mine was skydiving. And please don’t tell me that you didn’t want to fly when you were a kid. For already quite a long time I was imagining how that would look like applying it in different occasions like thinking

“If that would be a little bit faster.” trying paragliding,

“Would be cool to jump from here having a parachute on my back.” when climbing a mountain high enough.

While being asleep I’ve spent many of my dreams flying, and couldn’t wait to do it for real. The intention was there, but I was always waiting for the right place, right time and right amount of zeroes in my wallet. And of course exploring the Latin mentality for a couple of years, I’ve never thought that I would do it in Mexico. But like it always happens in life the chain of coincidences that are not quite coincidences brings you to the place you need to be to do the things you are ought to do. And here I am, in the dropzone of Cuautla in central Mexico, one of the biggest skydiving centers in Latin America. 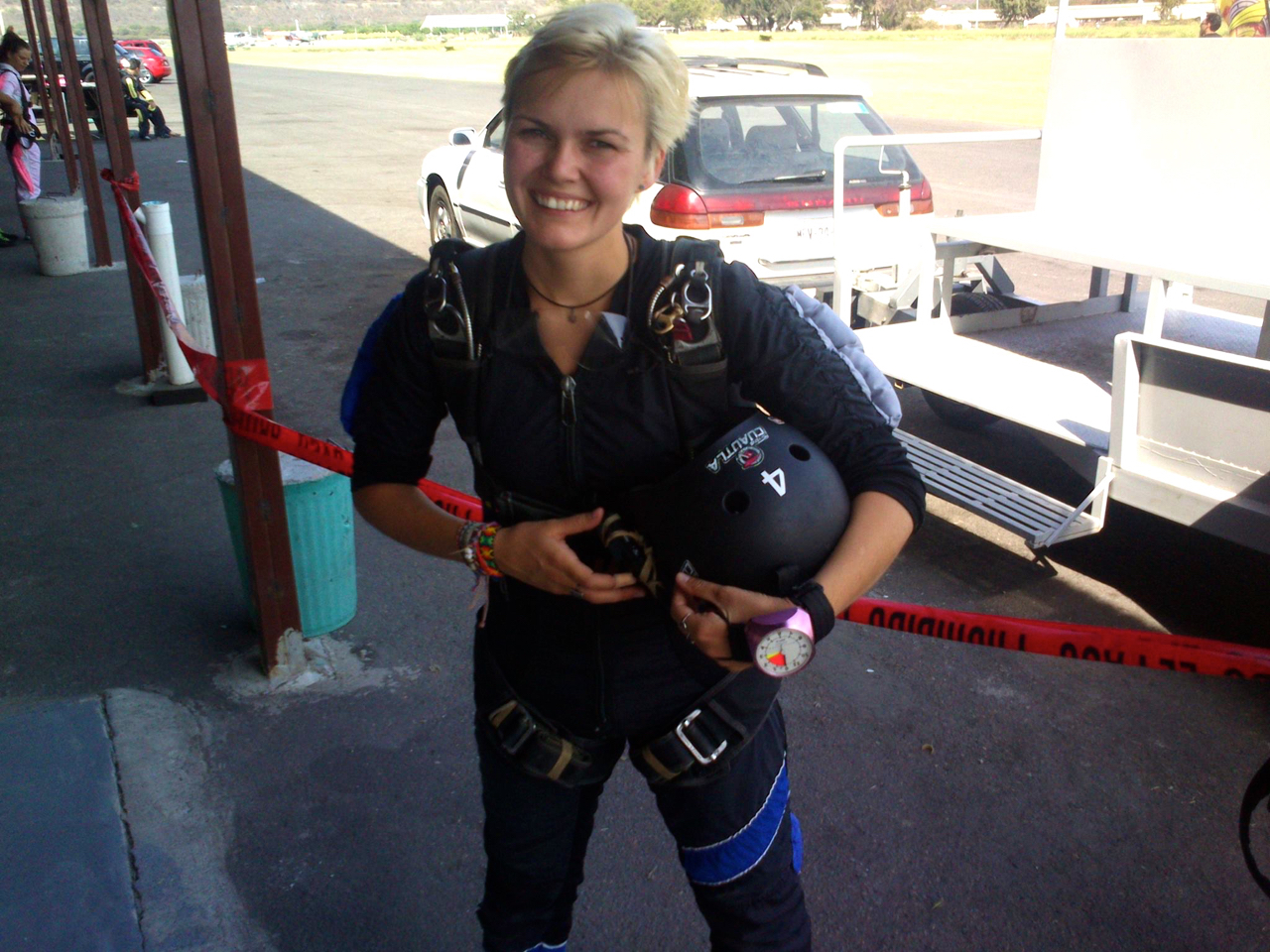 “Here is your theory exam, if you don’t understand anything, just ask. After you’re done, we go for your first jump.”

– says instructor and leaves us in the classroom full of skydive suits, altimeters, helmets with radios and other unfamiliar devices we’re about to use.
Exam is over, we are all getting equipped and ready for the first flight. Just a bit of exercise on the ground and an honest encouragement of instructors –

“You will not understand anything during the first jump anyway; it’s just to make you familiar with the whole thing.”

And yes, the only thing I got to capture during the first jump was the door of the plane opening at 13.000 ft, the air, fresh as it could be, people one by one disappearing in there, the thoughts running through my head “What? This door? Really? Right now?” and that step into infinity that makes the butterflies in your stomach go crazy. 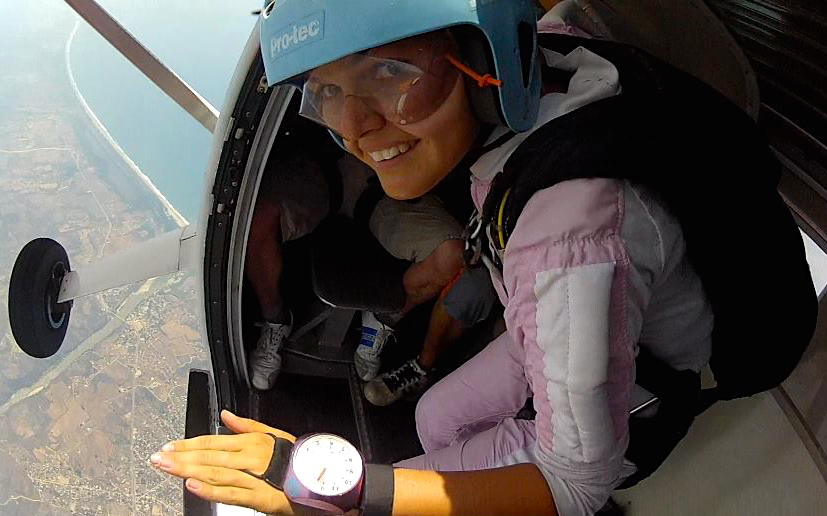 After that and until the parachute opened: BLANK.

a) to open the shoot in time, and

b) to land without breaking my legs. 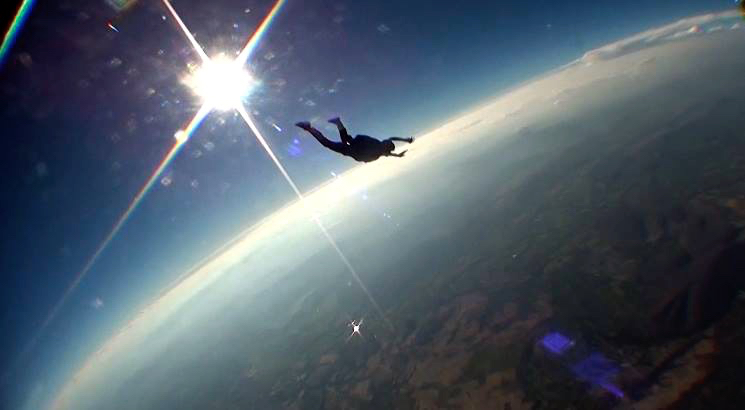 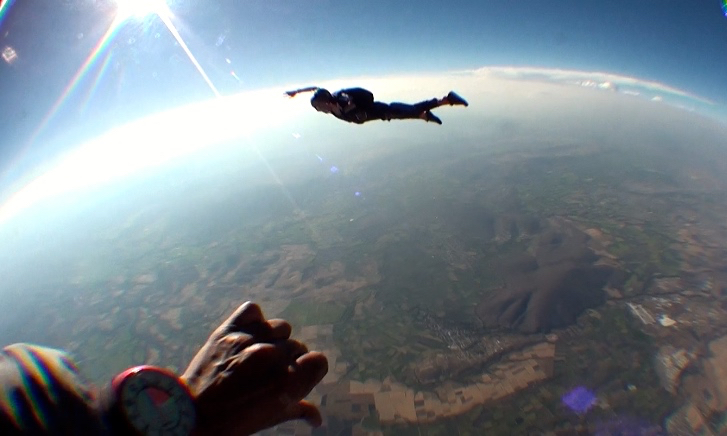 I believe I can fly.

Skydiving – reloaded! My second drop. And third. And fourth…

The second jump was slightly more conscious and with every next one it was just getting more and more beautiful. That animal fear started disappearing by the 4th time (!), and also about then I was almost crying from happiness when my parachute opened and gliding to the drop zone I saw a cloudy peak of one of the biggest volcanoes in Mexico.

I can talk about it for hours, but nothing compares to actually doing it yourself, so

you should definitely try skydiving!!! 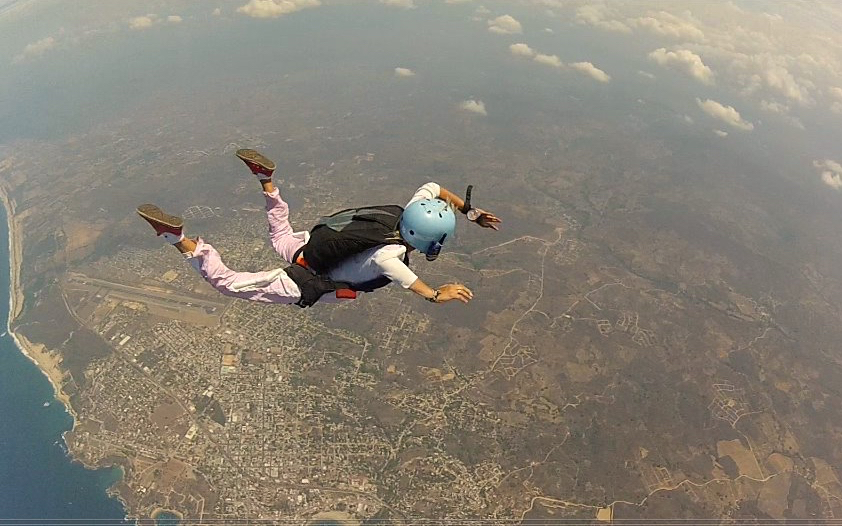 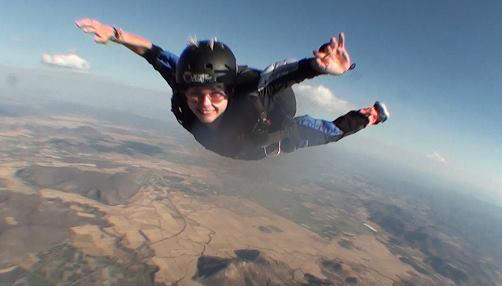 It’s amazing how during the first jumps you enter in a conflict with your survival instincts and how powerful your subconscious is. It’s insanely beautiful how the Earth looks from that altitude, how clean is the air over there and how you are able to float in the sky. It’s only one minute of a free fall, but after that you start appreciating more a value of a minute.
You might tell, “That’s not for me, I don’t like these kind of things at all”. And, really, what if you are not an extreme type? Well, let me tell you, it is not only about skydiving. Whether it is travelling to a country you’ve always dreamt to go to, trying out horse riding, starting building your own house, talking to the person that inspires you the most, getting a puppy at last, the emotions are all about the same. It is about making this step into unknown, unfamiliar, that takes you were you’ve always wanted to be.

And yes, it takes some courage to start living your dreams, but once you are on the right track, you know that it is worth the whole wide world.

Being the daughter of a military pilot Sasha has felt the taste of travelling from the first years of her life and could never stop since then. Two days after the graduation she left cold Russia to contribute to the growth of an NGO in the Dominican Republic and since then the Caribbean has become second home to her. After having worked at the variety of different jobs, having managed her own hostel and travelled to the soul nurturing India she is discovering the Yucatan peninsula thanks to her current work as a tourguide and getting ready to get on a backpacking trip around Mexico. With some motivating start up ideas to be realised she is still working out the plan of living and working in at least 150 different countries through the course of her life. 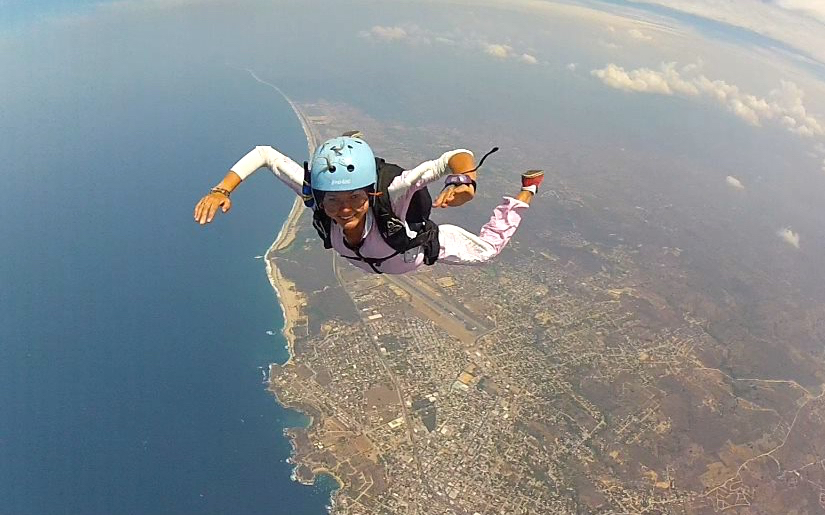